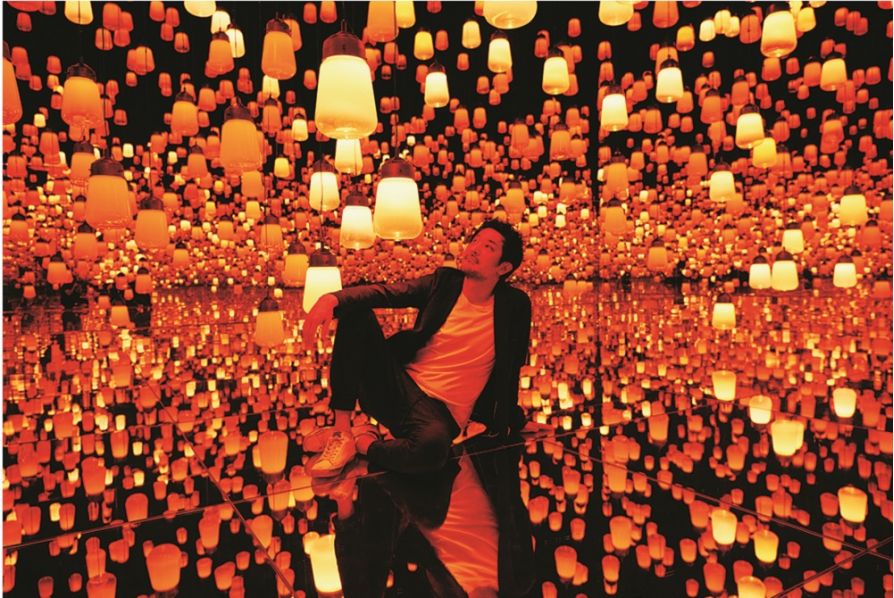 With many offers coming from all over the world, Toshiyuki Inoko, chief representative of teamLab. has been holding various art exhibitions not only in Japan but also in overseas such as Silicon Valley, Taipei, Paris, New York, China, and Singapore.
In June, 2018, “MORI Building DIGITAL ART MUSEUM: teamLab Borderless” (hereinafter, “temeLab Borderless”) opened in Odaiba, Tokyo, and the following moth of the same year, “teamLab Planets TOKYO” opened in Toyosu, Tokyo. Opening two museums around the same time while actively traveling the world himself is such a miracle. It makes us wonder where his great passion comes from. Here we have an exclusive interview with Mr. Inoko taking us to explore who he is and amazing works of teameLab.

Possessed with a Monster Called “Art”

In 1960s, artworks of Andy Warhol, such as notable Cambell’s Soup Cans and Marilyn Monroe, changed value and standard of beauty at the time. In this century, it’s no exaggeration to say that temLab led by Inoko shock the art industry more than ever.

“When I’m in Tokyo, I’ve been eating Bento-box for lunch and dinner for the past few years. I’m always thinking about arts when I’m awake. What a crazy personality I have! I’m just possessed with a monster called art.” With his outstanding talents and passions beyond our imagination, teamLab has been inspiring the art scenes worldwide and making a revolution in the art industry.

teamLab’s artworks which make full use of technology convey the message to bring us closer to the heart of humans. “In principle, there should be no boundary in the world. However, we, humans, create boundaries as if they should be there. This view encouraged me to create the world of art world without boundaries: the world where everything exists and influences each other in continuity. I’d like people to feel that borderless world is wonderful.”, Inoko says.

Technology brings infinite possibilities for artistic expressions and thus creates an unique world view of teamLab. For instance, at temeLab Borderless, waterfalls flows from the top of the wall and spark on the floor which viewers stand. Then a cluster of butterflies come in and fly free. With about 60 pieces of artworks combined, this creates a world of “borderless art” where viewers and artworks work together and a piece of artwork fuses to others. In this museum, we can experience a mysterious feeling as if we are a part of the artwork.

Nature Turns to Art as Is

In digital media designboom, “earthmusic&ecology A Forest where Gods Live” won the world first prize in Art Installation 2017 and came to know as the most excellent artwork of teamLab. The exhibition was held at the 500,000 square meter Mufuneyama Rakuen in Takeo Hot Springs, Kyushu. The mountain “Mifuneyama” left up from Ariake Sea three million years ago is said to be named after Empress consort Jingu's mooring of her ship (fune) here on her return from Silla. Mufuneyama Rakuen is located at the foot of the mountain and 17 digital arts blend into there. The exhibition evolved every time and its 4th time came this year.

“This place started its history in mythical age and has a mountain of the azaleas created by the 28th lord of Takeo, Shigeyoshi Nabeshima. I believe that ongoing relationship between humans and nature made this place as a cultural heritage. Humans can conceptualize time for periods equal to our own lives. However, I think we come to understand the concept of long “time” when we first encounter places like this. We borrow such place and move on with the continuity of time. I hope to create a place where we can understand that we exist in the long, long continuity of time. I also think non-material digital technology can turn nature into art. I don’t think things that are not exist materially have less value but rather they could be valued as cool of being non-martial.

Digital arts make it possible to experience arts without harming the nature nor pushing arts into frames. teamLab could make a miracle happen: historical cultural heritage travels time and space then revive as art in the present day.

Inoko actively works around the world with tight schedule. His interview finished at 23:00 PM and he said, “I’ll be in Finland from tomorrow!”. Then he walked away with smile.

teamLab Borderless as a permanent exhibit by itself proves that teamLab is the most extrordinaly artist in this century. It is an unprecedented in the art history that artworks of individual artist or groups of artists established such a gigantic permanent museum in life. Why the artworks of teamLab attract so many people? The answer lies in the fact that Inoko and his team are in search for human mind beyond state-of-the-art technology. 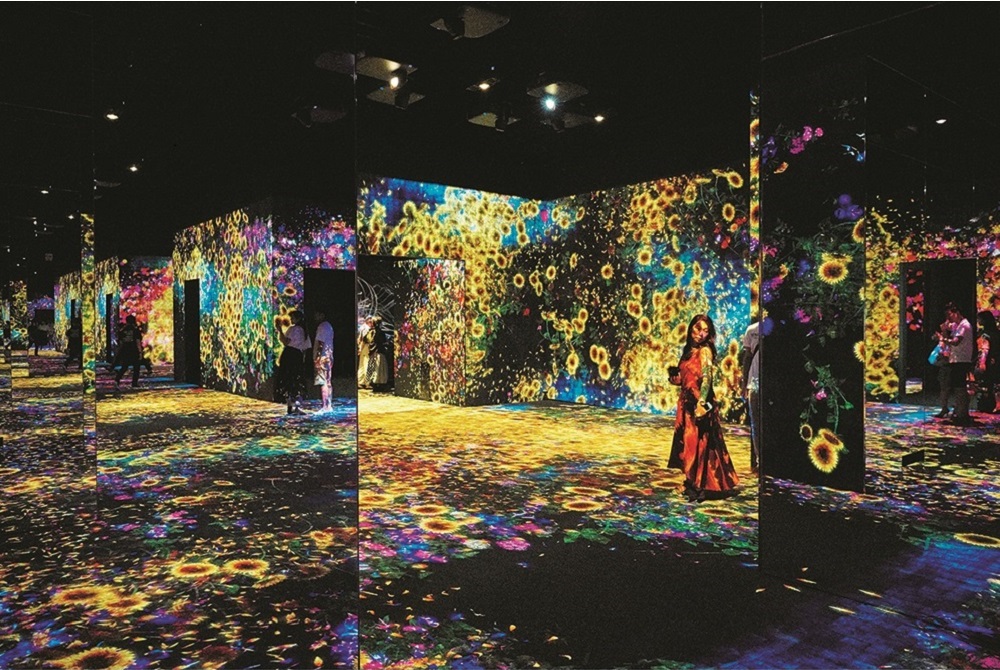 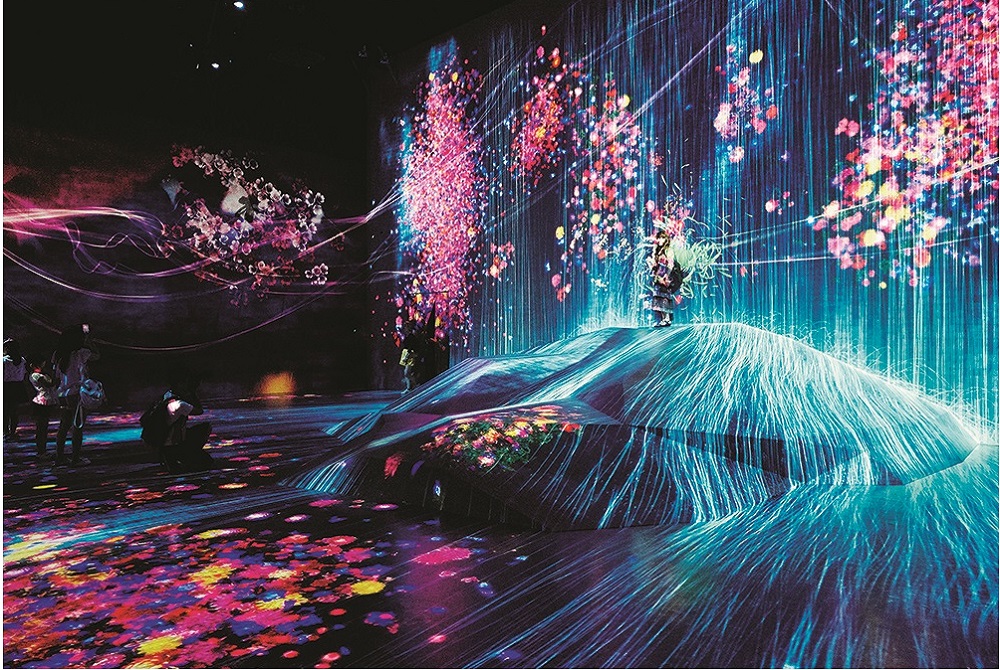 Born in 1977. Founded teamLab in 2001 when he graduated from the University of Tokyo. teamLab is perusing collaborative works among art, science, technology, design, and nature based on groups creativity. Members come from various background with specialities, such as artist, programmer, engineer, CG animator, mathematician, architect. 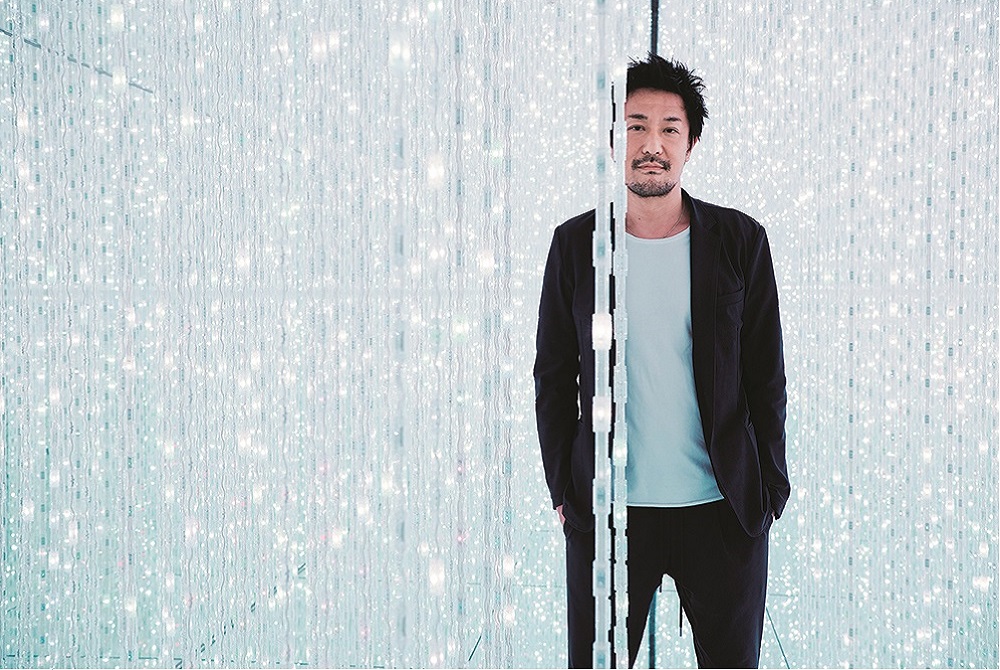 Inquiry
Back to top of page